Here i am again – in Italy. The magic of Italy still endures after an absence of three years. Like a long love affair – you remember everything so fondly and forgive its shortcomings and failings.

These failings manifest themselves as soon as you step off the plane. The Rome immigration hall is a game of snakes and ladders where the queues of people are ushered around a ribbon of people control barriers. A thousand deep and the line continues to grow as more planes land. Finally the immigrations desks come into view, and of course out of the 20 plus desks there are about 10 manned by very disinterested officers. Mine was a forty something lady officer (she had that very lived-in look) who had her earphones jammed in so tight that she could not possibly hear the moaning of the throng behind me.

I arrive at the QC Hotel Terme Roma late at night and hit the shower and bed in quick order. On awakening and opening the curtains the Italy that I love is revealed. Those oh so very Italian umbrella pines, the towering plane trees with their marvellous dappled trunks, the chirping of the sparrows and swallows and that lovely sound of water falling into the magnificent fountain below.  The view over the terracotta roof tiles and chimneys is a welcome site and reinforces the sense of where I am.

My first morning is spent with the maintenance man Marco and his cappo (bosss) while they try to crack open the safe that refuses to open. It is amazing what can be achieved with a large wrench and a few screwdrivers aided by a constant monologue in Italian by both of them. After 15 minutes of judicious banging allora – the door flies open. They both beam that safecracking can be added to their cv’s. Maybe they will go home and watch the Italian Job and give their expert opinion on the safe cracking scenes. 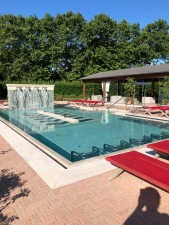 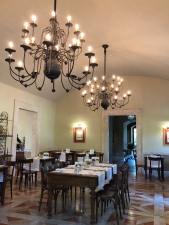 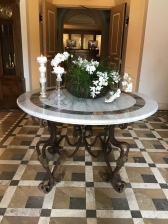 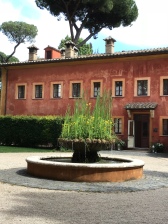 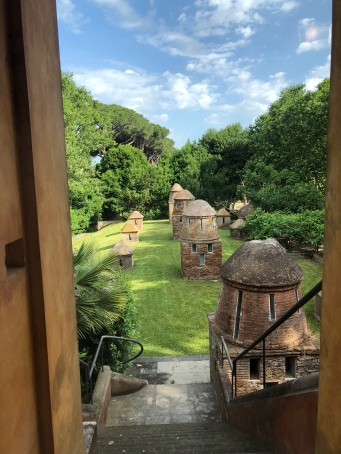 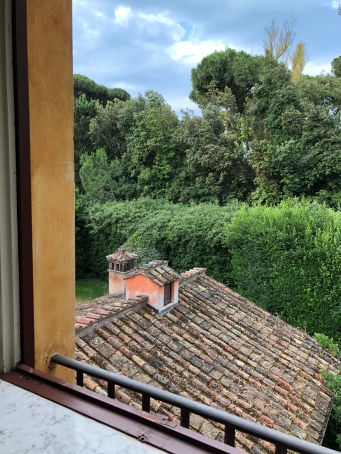 Jordan – At the crossroads

Jordan is a peaceful and law abiding country. Here traffic rules are made to be broken. No matter if the driver is a hot blooded young stud with 6 cylinders under him or a doddery old codger chugging around in a clapped out Toyota – the rule of the road is mob rule!

Unlike the drivers in Egypt, the Jordanian drivers are quite circumspect about using their car horns. So travelling around the streets is comparatively a quiet affair, but nonetheless entertaining. When stopped at traffic lights, it is quite common that one or two vehicles will streak by through the red light, without any concern for oncoming traffic, pedestrians or livestock. At roundabouts which are numerous, drivers merging will edge onto the roundabout and then come to a halt in front of the oncoming traffic and sit and stare when a driver blasts the horn. Pedestrian crossings are non-existent, and if they are marked on the road they appear to be for decoratative purposes only. Lane markings on the roads and freeways are not used to separate the traffic into lanes as everyone drives right down the middle of the line. Camels, donkeys and sheep have right of way. Camels are treated with the utmost caution. If you are unlucky enough to hit one, it will end up sitting in the front seat with you. Then there are the trucks – big ugly oil-dripping, fume-belching monsters that rule the road. You will often see these pulled up on the roadside, with the driver getting out his prayer mat to observe the 5 times a day call to prayer. They certainly need Mohammad in the front seat with them the way they drive.

My driver is Fadi; around thirty, darkly handsome, softly spoken and with the largest and most impressive eyebrow (note the singular – his is a monobrow) I have ever seen. This dark, lustrous growth crowns his eyes like a toupee for the face. Jehad my guide makes very witty observations and comments about Fadi’s eyebrow thatch which Fadi takes in good spirits. Fadi is happy to enter into the banter, making self-deprecating comments as well.

Jehad is another kettle of fish altogether; he is well travelled, has modern and moderate views, speaks several languages and is politically aware and very voluble in his opinions. I sit in the back listening to Fadi and Jehad chatting in Arabic; instinctively I know when the conversation has strayed onto politics. Everywhere I go in Egypt and Jordan – politics is hot.

As a young man Jehad left Jordan and lived in Rome for a number of years where he studied hospitality and then worked in hotel and restaurant management. He met his wife who is Australian, then left Rome for a new life in Brisbane. After a few years and one daughter later he found that he was missing his homeland and needed to return to Jordan and now lives in the capital, Amman.

As we drove along, we enjoyed many interesting conversations about the life, lifestyle and the politics of the Middle East, and Jordan in particular. It seems that most people in Jordan and Egypt are concerned about the right wing Islamic fundamentalists becoming more powerful and influential. This is not a direction that most educated people want to go. They see Saudi Arabia is exerting more pressure to introduce draconian Sharia laws that will make life intolerable for most women in Egypt and Jordan.

Traditionally, the veil has not been part of Jordanian and Egyptian culture; however, many more women are adopting the veil or being made to wear the all-black dress covering the face, feet, hands and eyes. They appear like a black apparition walking along the street. As I sit in the cool air con of the car wearing short sleeves and jeans, I can’t imagine how hot and uncomfortable this outfit would be.

Life in the middle east is difficult; clashing political views, democratic reform is hard fought, equality for women is not enshrined, a hash and water deprived landscape, autocratic governments, equal education and employment opportunities for all unheard of. This being said, everyone I came into contact with was a pleasure to meet; proud of their history and culture, warm and welcoming to a stranger, generous and kind. I would certainly encourage everyone to make the journey and be wowed by the fantastic sights, the great food, the rich culture, the people and the heart and soul of these ancient lands where mighty conquers made their mark, crusaders were vanquished and where Moses is buried. This is an ancient and wondrous land.